▸▾ Claim This Listing
Please login in order to be able to claim this listing. 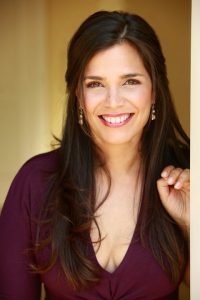 Kamala has worked as an actor in over thirty feature films including starring roles in Born in East L.A., Deep Cover, The Burning Season (winner of 2 Emmys, 3 Golden Globes and the Humanitas Prize), Clear and Present Danger, Lightning Jack, and I Heart Huckabees. She has starred in over sixty television shows including Black Jesus, Medium, 24, Alias, NYPD Blue, Hill Street Blues, Miami Vice, and 21 Jump Street (winner of the Imagen Award). She hosted the PBS series Wired Science. Kamala, a Yale University graduate in Philosophy and Theatre Studies, formed production company Heroica Films in 1995 with the mission to write, direct and produce media for women, about women and utilizing women both in front and behind the camera.

Her feature film debut “A Single Woman” about the life of first US Congresswoman Jeannette Rankin won the 2009 Exceptional Merit in Media Award from the National Women’s Political Caucus. In 2013 her short Spanish-language film “Ese Beso” won the Jury Award at the Senorita Cinema Festival and the Audience Award at the Boyle Heights Latina Film Festival. In 2016, her follow-up feature, the documentary Equal Means Equal, won Best U.S. Documentary (Audience Award) at Michael Moore’s TCF Festival and was a New York Times Critics’ Pick.

The film was the catalyst behind a national civil rights movement resulting in the ratification of the 28th Amendment to the United States Constitution: The Equal Rights Amendment. Equal Means Equal was released in the summer of 2016 and began to be used by activists across the country in community screenings, house parties and online to reinvigorate the fight to complete ERA ratification. In March of 2017, after over thirty-five years of inaction, the Equal Rights Amendment was ratified in Nevada. Then in March of 2018, Illinois ratified and on January 27th of 2020, Virginia became the 38th and final state necessary and the ERA was ratified after close to a century of struggle.

There are no reviews yet. 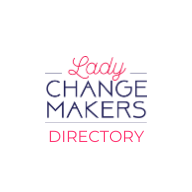